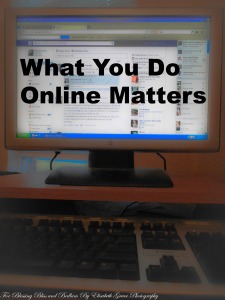 Today I want to talk about the internet. More specifically – because it’s one of the most popular – Facebook. It is not a secret that technology is part of our everyday lives. So how we act online is very important.

As women (or men) of God, we are called to love and respect one another, to encourage and lift each other up. And in the modern, tech-savvy world that isn’t a high priority for most, but it is still as important as ever… even on the internet/Facebook. Facebook is my example in this post, but what I talk about applies to all social media.

On Facebook, what we say and the photos we share, in a way, reflect who we are. So I believe we should be careful and set boundaries or rules for ourselves.

I want to share with you the rules I have set for myself:

1. Probably the single most important rule I have set for myself is, no negativity online. I do not believe Facebook is the place to vent out frustrations (especially in detail) or to bash other people. If what I was thinking isn’t nice in any way I don’t share it.

Ephesians 4:32 says, “And be kind one to another, tenderhearted, forgiving one another, even as God in Christ forgave you.” (NKJV) So, as the saying goes, if you don’t have anything nice to say, don’t say anything at all.

Also, there is kind of another “rule” that ties into this: Support what you love instead of bashing what you hate. It is so much nicer to figure out what someone believes in by seeing them share the things they support and are passionate about instead of a bunch of negativity.

2. Often – well, almost on a daily basis – I can go down my Facebook news feed and see quite a number of people who could use some prayer. Do it! I like to stop right there on that status that I see and pray for them, right then and there. God doesn’t promise us tomorrow, so take the time now to say a prayer.

Also, if they posted and specifically asked for prayer, let them know you prayed for them! They could use the encouragement. It is so nice to know someone took your request to heart and prayed for you.

This last one isn’t so much a “rule” as it is something kind to do. Every once in a while I like to go on someone’s Facebook wall, either a friend or even a sibling, and write something quick. Just a short message telling them how much I appreciate and love them. Kind words can brighten anyone’s day!

What you do online really does matter.

I want to hear from you! What are some things you like to do, or rules you have set for yourself for the online world? 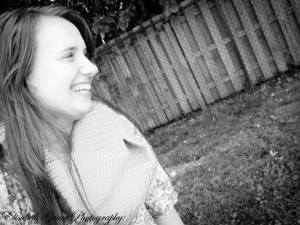 Welcome To My Blog!

My name is Maiya. I live, love, and serve at home because I believe that is where God has called me during this season in life. I am extremely passionate about serving those around me, starting with my family: two wonderful parents and eight siblings. Also, serving my community to spread God's light and love in this world. I currently teach beginner piano, volunteer at my local Crisis Pregnancy Center (because life is so important to me), and take hold of opportunities to host Bible studies, book clubs and help my mom with homeschool co-ops. Words are important to me - and the One who rescued me from my sins and calls me His daughter is the most important: Jesus Christ my Lord and Savior - so starting a blog came to my attention as a way to share my journey with my Heavenly Father... I hope you'll join me!

What are you looking for?